In 2019, one of the most significant events affecting the commercial vehicle market was the landing of the National Sixth Emissions Schedule.

Not only the automakers attach great importance to the country, but the engine plant is also preparing for the entire army. Today, an engine company's full range of power products have achieved national six regulations, power coverage of 150-600 horsepower, and its post-processing technology does not require EGR. Who is it? Presumably you have already guessed that this company is Dongfeng Cummins .

At the invitation of the reporter, Liu Zhili, deputy general manager and director of the technical center of Dongfeng Cummins Engine Co., Ltd. answered a series of questions about when Dongfeng Cummins Sixth Products will be listed, what advantages Nissan has, and how the diesel engine will develop in the future. 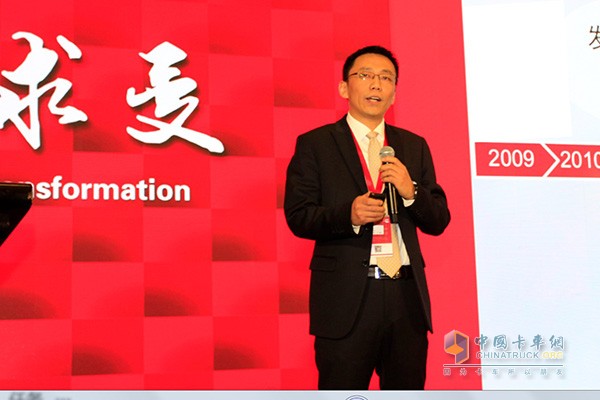 Reporter: On July 1, 2019, the national key areas will implement the National Six Standards in advance. What is the preparation situation of Dongfeng Cummins's National Six products?

Liu Zhili: The listing time of Guoliu products should follow the policy. For example, after the country issued an action plan to win the blue sky defense war, Beijing explicitly requested that the municipal sanitation vehicle be implemented from July 1, 2019, and we will leave the automaker with about three months of preparation. Time, so our light engines with displacements of 4L and 4.5L, and medium-sized engines with displacements of 6.2L and 6.7L will be launched in volume in March 2019; heavy trucks such as tractors will be available from January 1, 2020 The implementation of the national six b standard, we have to leave the OEM for about half a year to prepare, so the 9-14L heavy-duty engine will be launched in June 2019 to ensure that the heavy truck will be available in batches by the end of 2019.

Reporter: Emissions upgrades have caused many customers to worry, on the one hand, because the life cycle of vehicles has become shorter; on the other hand, because of the upgrade of emissions, the cost has increased, and the cost of car purchases has increased. Then, what are the characteristics of Dongfeng Cummins's National Six products that can attract customers and what value can they bring to customers?

Liu Zhili: In fact, every emission upgrade will be accompanied by an overall technical upgrade of the engine. If the original technology is maintained and only meets the emission requirements, this situation will usually lead to an increase in fuel consumption. This is tantamount to letting the end user pay for the emissions, which will inevitably make the user dissatisfied. Fortunately, each upgrade of Dongfeng Cummins is accompanied by the application of some of the latest engine and vehicle matching technologies that enable the engine to improve the fuel economy (fuel and urea) economy while meeting the latest emission regulations.

1. The fuel consumption of the whole vehicle is reduced. Dongfeng Cummins's National Six products have a great improvement in maximum torque and low-speed torque. For example, the 600-horsepower engine has a maximum torque of 2,800 Nm. After using the downspeed technology, the vehicle can reduce the fuel consumption of the vehicle. In addition, the S6 engine itself The thermal efficiency is also greatly improved compared to the national five products. Therefore, Dongfeng Cummins's National Six engine will perform better in terms of fuel consumption that users are most concerned about.

2. It is the decline in maintenance cost. The engine of Dongfeng Cummins 6 platform uses the latest technology, and the reliability and durability are further improved. At the same time, the maintenance interval is longer than that of the National Five, which not only improves the vehicle's attendance rate, but also reduces the cost of use.

3, Dongfeng Cummins's National Six products are equipped with Cummins' latest intelligent control system, which can greatly improve the performance of the engine and even the entire vehicle.

Reporter: Can you elaborate on the function of this intelligent control system?

Simply put, in the era of the sixth year, because of the existence of intelligent control systems, the engine of Dongfeng Cummins is not only the heart of the vehicle, but also the brain of the vehicle. 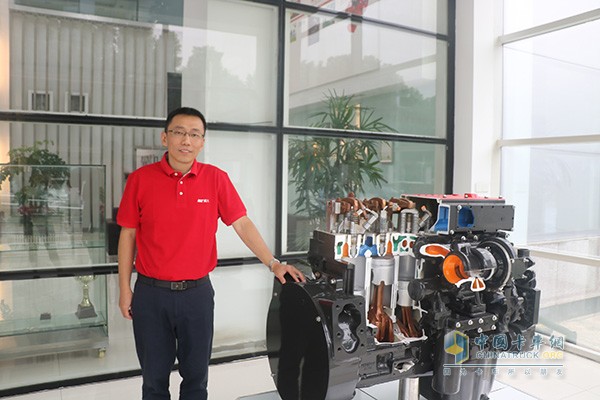 Liu Zhili: The reason why Cummins does not choose the EGR technology route is not because Cummins does not understand the EGR technology route, and does not have the technology to take the EGR route to the standard six, but it is precisely because Cummins has a very good understanding of the EGR technology route. In Europe, Cummins' previous Euro 6 products took the EGR route and had many years of experience in the production of EGR technology products. These experiences have made us realize that on the one hand, EGR is not conducive to the improvement of engine performance, but also is not conducive to the maintenance of fuel consumption level; on the other hand, it is also the component with the highest damage rate in the engine system. This is not only a matter of increasing costs, but also affecting engine reliability. Adaptability to the environment and oil products is also relatively poor.

Nowadays, with the advancement of technology, through more advanced combustion systems and the most critical intelligent control systems mentioned above, Cummins can still achieve the national standard without using EGR, avoiding some defects inherent in EGR technology. It can follow the vehicle interface of the fifth phase of the country, so that the layout of the whole vehicle is consistent with the fifth phase of the country, and the vehicle installation is naturally more convenient. Therefore, we chose a non-EGR route.

Reporter: There are other engine manufacturers at home and abroad that can achieve the national six/Euro six emissions through non-EGR technology. What is unique about Cummins' technology?

Liu Zhili: The difficulty of non-EGR technology is in the field of light engines. Large-displacement engines have higher discharge temperatures and easier thermal management, so it is easier to reach emission targets than small-displacement engines. Cummins' unique advantage is that through the latest intelligent control system and combustion system, the light engine can meet the national six emission standards by using non-EGR technology.

Reporter: Cummins's national six products will all reach the national six b. What is the main reason for this?

Liu Zhili: One step to reach the national six b is due to two considerations. One is technology, Cummins has enough technical ability to do this; the second is demand, there is such a demand, we will do this.

From the manufacturer's point of view, direct development of the national six b products, without repeating the announcement, can save time and cost. Moreover, the halving of the vehicle type is also conducive to production management and inventory management, and the after-sales service is also simpler. From the user's point of view, the purchase of the national six b products, the car has a longer life cycle, so there is more willingness to buy.

Reporter: What does the implementation of Guoliu mean for Dongfeng Cummins, and what does it mean for the entire industry?

I have been in the diesel engine industry for more than 20 years. The diesel engine has experienced two major technological upgrades in history. The first time is the upgrade from natural inhalation to supercharging. The second time is the upgrade of the fuel system to the electronically controlled high pressure common rail system. Regulatory-driven will be the third major technology upgrade. Like the previous two, it is not a simple product upgrade, but an industrial upgrade of the entire diesel engine industry, which will drive the entire value chain of diesel engines, from parts manufacturing, assembly manufacturing, vehicle use, after-sales service systems, and even to the government. A comprehensive upgrade of the regulatory system. Taking Dongfeng Cummins as an example, our latest National Six engine technology puts higher demands on engine parts and drives the component manufacturers to upgrade their technology. In order to manufacture the national six engines, we have invested in the new Guoliu manufacturing line and A new generation of ERP systems that enable intelligent manufacturing upgrades. In addition, Cummins not only develops its own smart car networking system, but also is compatible with mainstream OEM's own car networking system. The smart car networking system will bring revolutionary aspects in engine and vehicle use, fleet management, maintenance and so on. Upgrade 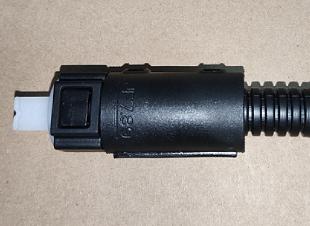 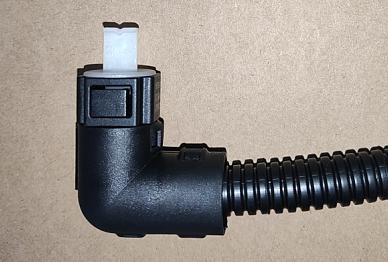 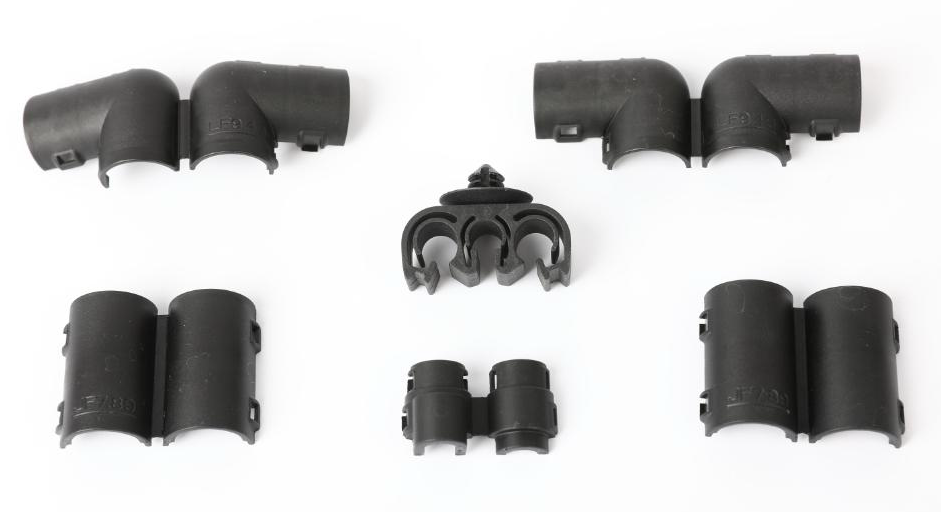