In May, Zoomlionâ€™s D1100-63V tower crane penetrated into the Pingtan area of â€‹â€‹Fujian, and together with nearly 40 Zoomlion equipment helped build the worldâ€™s first dual-use cross-sea bridge for public railroads â€“ Pingtan Strait Rail dual-purpose railway Bridge. It is understood that the bridge has a length of 16 kilometers and adopts a public railway bridge construction scheme in which the highway is on the top and the railway is arranged in the lower layer. It is the most important key control project for the Fuzhou-Pingtan Railway. After completion, it is expected to open up the sea roads between the mainland and Taiwan, and promote Pingtan to become the main channel between the two sides of the strait and achieve high-speed economic and cultural connections. 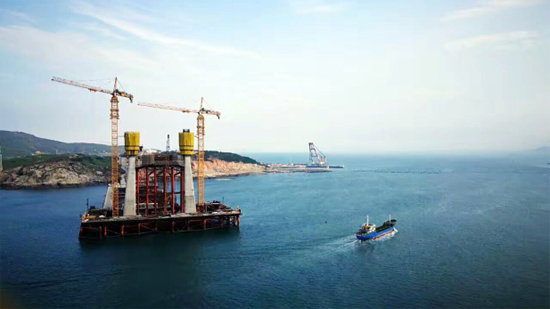 On the sparkling sea of â€‹â€‹the Pingtan Strait, more than a dozen Zoomlion cranes stand in an orderly manner. They are magnificent and magnificent. This "the world's first railway dual-use cross-sea bridge", because of its presence on the western Pacific, belongs to the typhoon and earthquake-prone areas, known as "the world's most difficult to build bridge bridge." The gale swells in this area, the tide surges, and the length of the trestle bridge is long. It is located at the outlet of the Taiwan Straits, the sea conditions in the work area are complex, and the construction seabed changes greatly. This is a difficult construction.

According to statistics from the Fujian Provincial Climate Center, the number of winds on the 8th to 9th level of the bridge construction sea area in 2015 was about 137 days, and the number of wind days above grade 9 was about 125 days. In a year, there are more than 2.5 meters of big waves for 200 days, and the tidal range is as high as 7 meters. The average number of days of effective work does not exceed 80 days. The duration of the work is very tight and it is not allowed to stagnate.

The harsh construction environment undoubtedly puts forward more stringent requirements for equipment and construction, and brings even more severe tests. The project's contractor, the China Railway Bridge Bureau, carefully selected and meticulously scrutinized. In the end, it chose Zoomlion's high-end equipment with strong typhoon resistance, safety, stability, and superior performance to participate in this world-class construction. The offshore project of this project was started in 2015. Zoomlion's crane equipments have entered the field one after another in November 2016. So far, it has included the ultra-large tower crane D1100-63V, the hammerhead tower crane TC7035-16, and the flathead tower crane TCT7015A- 10E, Inclined Construction BWM-3S and other nearly 40 Zoomlion equipment were involved in the project construction. 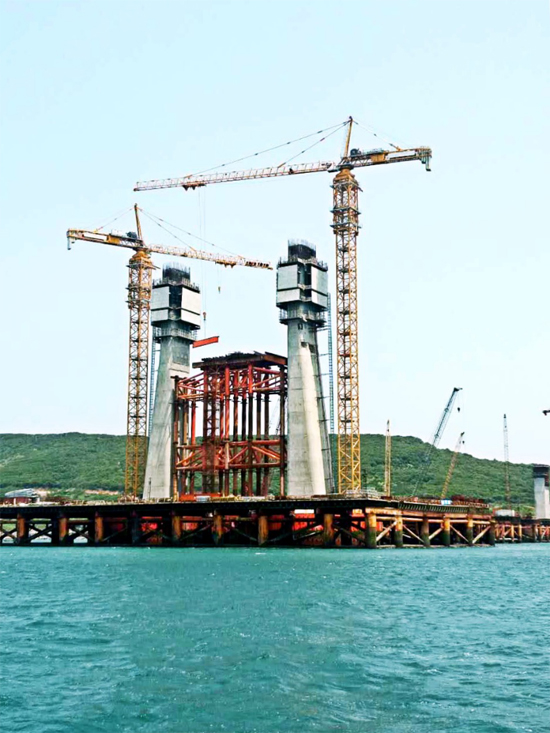 The Zoomlion equipment standing on the sea

According to Zhao Wei, the person in charge of the construction site, "Zhonglian heavy-duty tower crane has superior performance and strong resistance to typhoon. Its domestic first-standard new section fast design, external climbing rack can install standard section and its channel at one time. , And the installation height is 10 meters lower than the domestic same-type tower cranes, and the installation is more efficient and labor-saving. The construction advantages in the same type of products at home and abroad are obvious.â€ 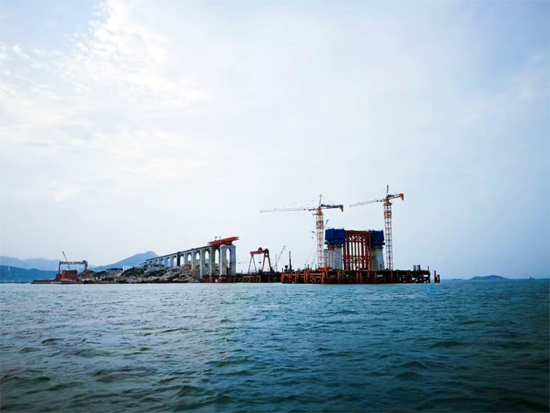 In 2009, after the State Council issued the "Several Opinions on Supporting Fujian Province to Accelerate the Construction of the Economic Zone on the Western Coast of the Taiwan Strait," Pingtan County was approved as a state-level comprehensive experimental zone by virtue of its geographical advantage from Taiwan. The Pingtan Rail-cum-Road Bridge built by Zoomlion is not only an extension of the Hefei Railway and an important part of the Beijing-Fuzhou Passage, but also forms the â€œhalf-hour living areaâ€ between Fuzhou and Pingtan, and it connects the mainland with Taiwan. The rapid passage between the two places shoulders the historic mission of building cross-Strait compatriots' common homeland and plays an important role in promoting cross-strait exchanges and cooperation and peaceful development. (This article comes from Zoomlion.)

Equipped with manual modulation focused laser head, responsive and accurate, the machine can adjust the focus position according to engraving and cutting alternation and the material characteristics and thickness of the plank, to ensure sculpture quality.